To All the Girls I’ve Loved Before

As we can all agree, blending families isn’t easy, especially when you’re the Addams Family so the production focuses on their attempt to tolerate each other and in the process highlights just how normal kooky people can be and how kooky normal people can be. 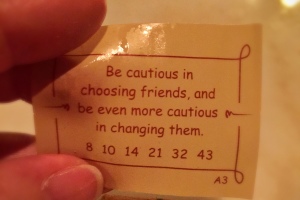 People, hold on to your Red Fire Monkey because it is Chinese New Year at Teatro!
The “Year of the Monkey” begins on February 3 and continues through February 12th, and Chef Ted Espiritu of Teatro Restaurant at the Park Rotana will celebrate with special menu items for the New Year.

Sorry if this throws you off, don’t think you’ve been downgraded to the celebrity D list if the white Escalade shows up instead of the black. No need to panic. You are still important and I am sure People Magazine will still pay big bucks for pics of you scooping dog poo in your backyard. 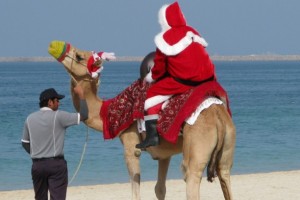 Merry Christmas to our Muslim Friends

It’s beginning to look a lot like Christmas. Flipping the bird to Fox and Friends. We are setting our differences aside. Kandoras and abayas you should not hide. During this festive time we stand side-by-side

Underwater living one step closer to a big splash in Dubai

As we expats say — only in the UAE! Because you know, it gets totally boring living here on top of the earth. And now that I think about it, all of the excitement, the grandeur, and the shock have worn off and we need something new. We […]