It sounded like a good idea. Kerstin, our little momma bear, decided to organize a desert safari for the PTA. “Steve goes dune bashing all the time by himself” she said trying to insert a little confidence into the plan. Well, I thought to myself, Steve runs 20 miles for no reason and is as thin as a Holocaust survivor even after a big meal — so that’s really not too comforting. The thought of tackling massive hills of sand in the middle of nowhere with an Emirati behind the wheel was more than a little frightening but if I didn’t do it, I looked like a ninny-boo-boo and everyone would gossip about me behind my back so I was forced into it.

We met in the school parking lot and began dividing people up into five car loads of five plus the drivers. Since HP is the only doctor in the group, we decided he would take the small children in case of a bloody nose or something like that, so he took the 5 elementary boys and the rest of us dispersed into the other SUVs. I was in the car with the Italians, Enrico and Laura, and Tonya, our Korean axis of evil (this is a story for another day) and her 4th grade daughter. I sat in front with our driver, Yousef, the Italians in the back seat and Tonya and her daughter in the third row. 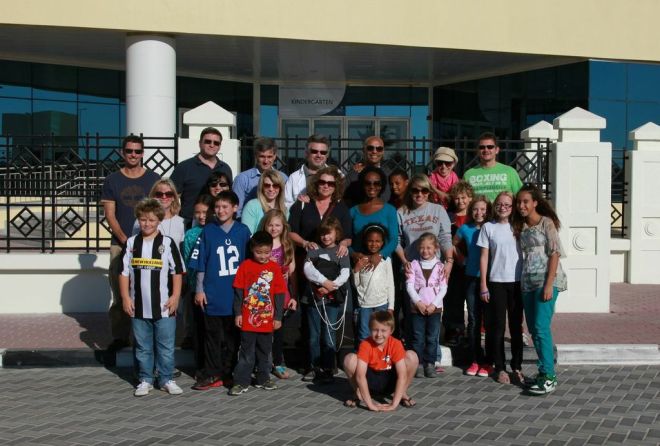 We stopped off at a camel farm which really wasn’t a farm more like a desert feed lot in the middle of nowhere. I guess I may have downgraded it from a farm because there were no tractors. But then again, there’s really nothing to use a tractor for so why buy one? It’s not like they are planting wheat or anything so as far as implements go, they were sparse. So, yes, it was a feed lot, in the middle of nowhere. With camels. And we stood and took pictures. So far the trip was pretty mundane. 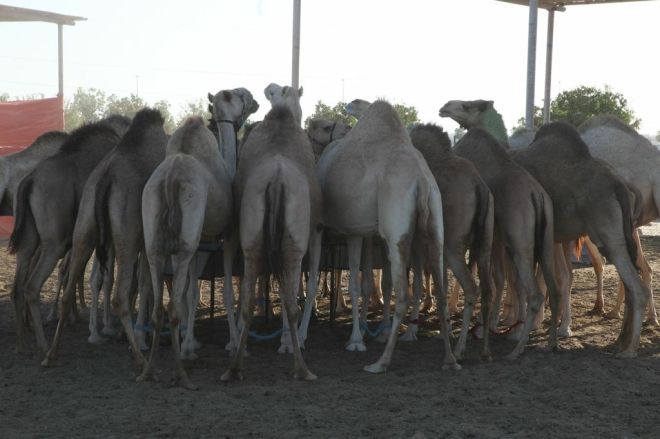 We piled back into the SUVs and headed on our way down a long sandy road which led to an even more deserted spot and as we drove the sand begin to get higher and higher. And all of a sudden the adventure began. The Emirati dropped the SUV into low gear and off we went! We started climbing a dune that had to be the height of a three story building. We drove across the very peak of a sand ridge which was barely a car width and then we would begin sliding sideways down the other side of the dune!

“How long have you been working here?” I asked the driver. “Four days!” he shouted with a smile.

OMG! OMG! I couldn’t breath. Between my allergies and the fact that I was scared I would let out an inappropriate blood curdling Stephen King scream, I couldn’t inhale air. I tried but it wasn’t happening. So I closed my eyes so I couldn’t see but this plan was subverted by Enrico’s praying in the seat behind me. As soon as we peaked and we were getting ready to fall down the other side, Enrico began to both pray and express himself in a way that only Italians can do. 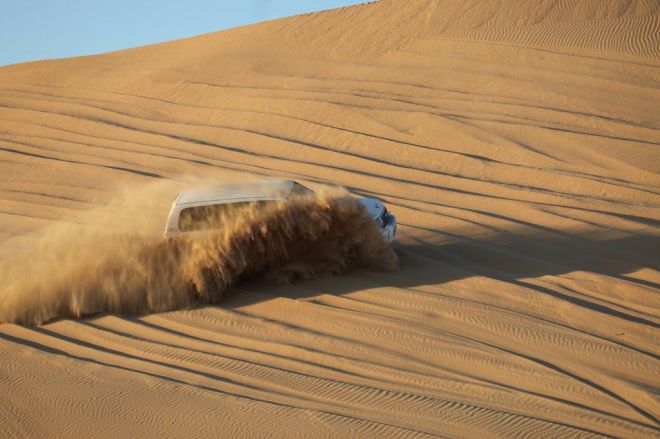 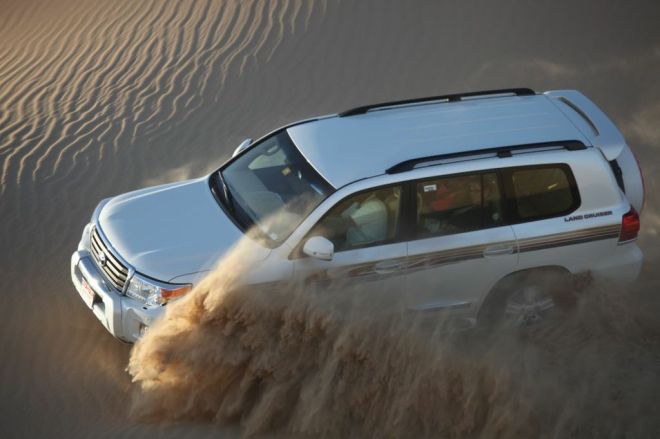 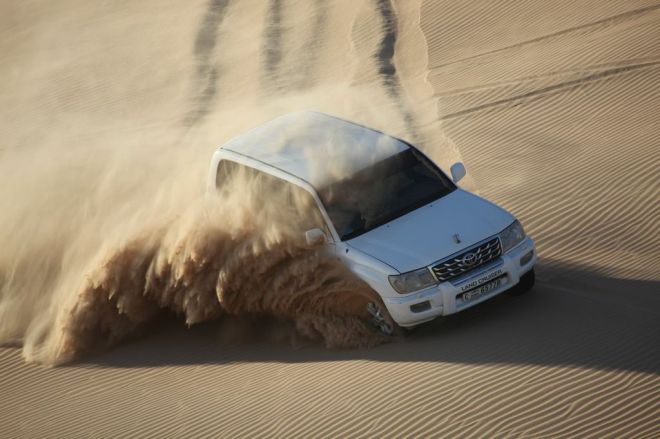 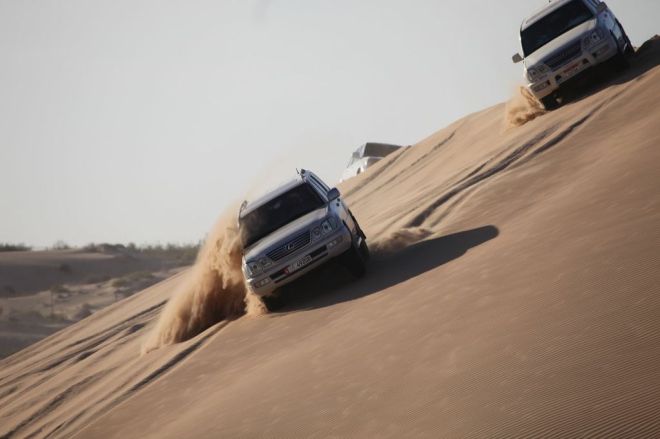 WTF! I was raised Southern Baptist so when we pray we don’t really want to ALARM God. We pray politely so not to inconvenience our Savior. Such as in a Jerry Falwell sort of voice. “Lorrrd,  Pleeease fiiiind the tiiiime in your verrry beeza schedule and hear our prayers our precious Lord” Where as the Italians pull the alarm, raise the roof, call the polizia! Some SH&%T is going down and we need GOD pronto, prego, allegra! And they speak fast, and loud, and close, and they have their hands going in a million different directions. When they discuss going to the supermarket, one would think the supermarket is on fire, not that they are simply having a sale.

So I am in the car with Enrico and some SH%&T IS GOING DOWN! And that SH%&T is us! We are going down a sand dune the size of the freaking Tetons in Wyoming. And my eyes are super glued shut and I would’ve been okay if it weren’t for the Italian in the back seat.

I don’t understand. Enrico is excited, he’s happy, he’s crazy, he’s screaming and I don’t know if I should be concerned or enjoying myself. And then after an hour of emotional torment while listening to Arab club music (yes, didn’t know it existed either) it was over and we were delivered to a campsite, with food, henna, shisha, sand surfing, camel riding and a belly dancer. 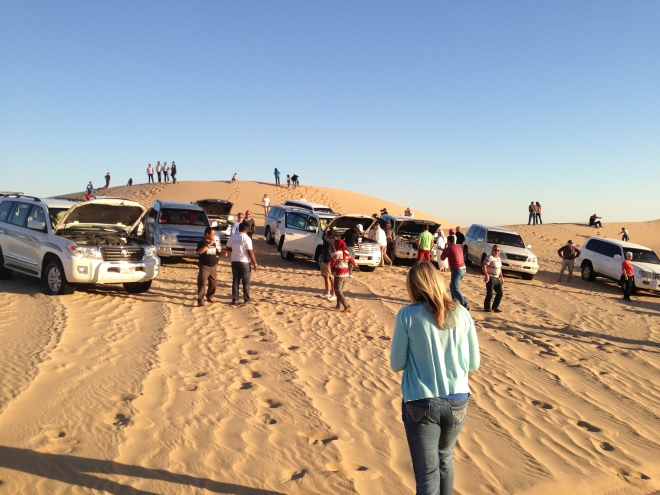 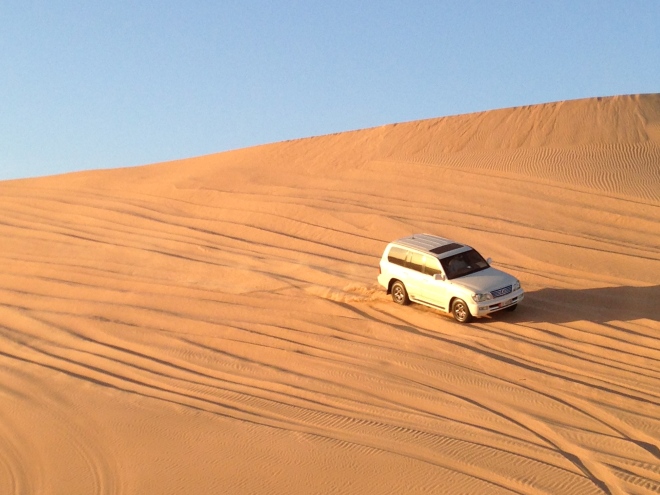 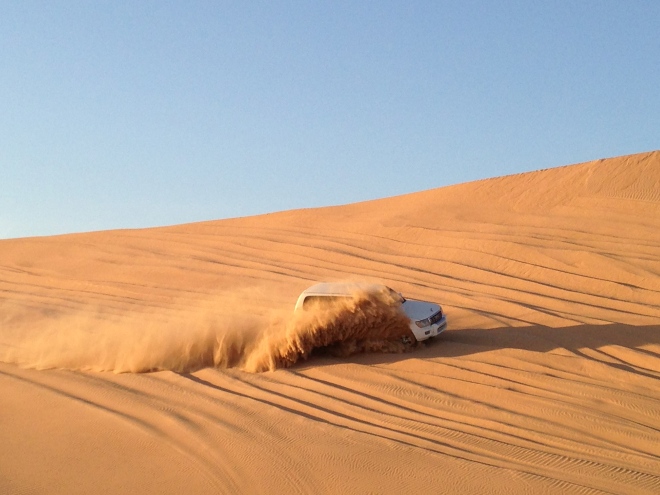 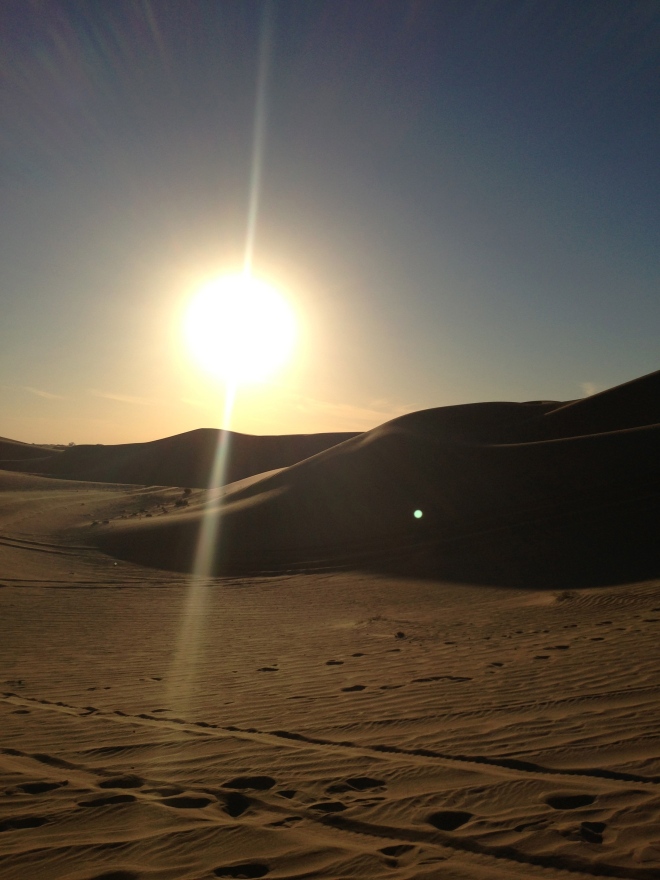 After we ate, danced, smoked, and drank (non-alcoholic drinks) and then we headed back into the city. Yousef, our driver, watched soccer on his phone while driving 90 mph on the highway. Yes, I could’ve said something. Any GOOD mother would have said something but this skinny Emirati guy took us on the most amazingly skilled adventure of our life. My guess is at birth he drove himself right out of his mother’s womb. He was that good! If you ever have a chance this is one adventure that you will absolutely never forget. Seriously, if someone ever says do you want to go on a desert safari? Say yes. 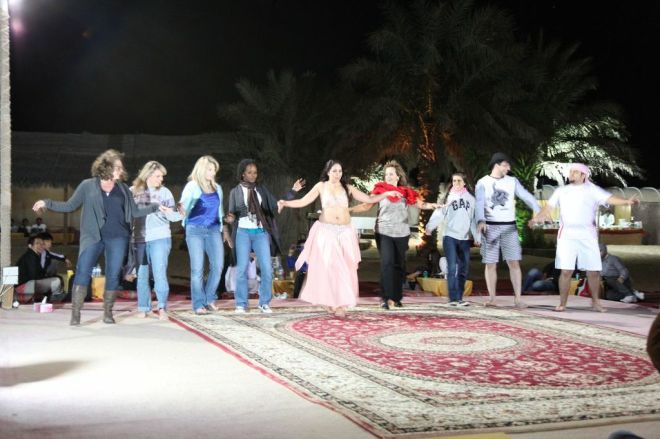 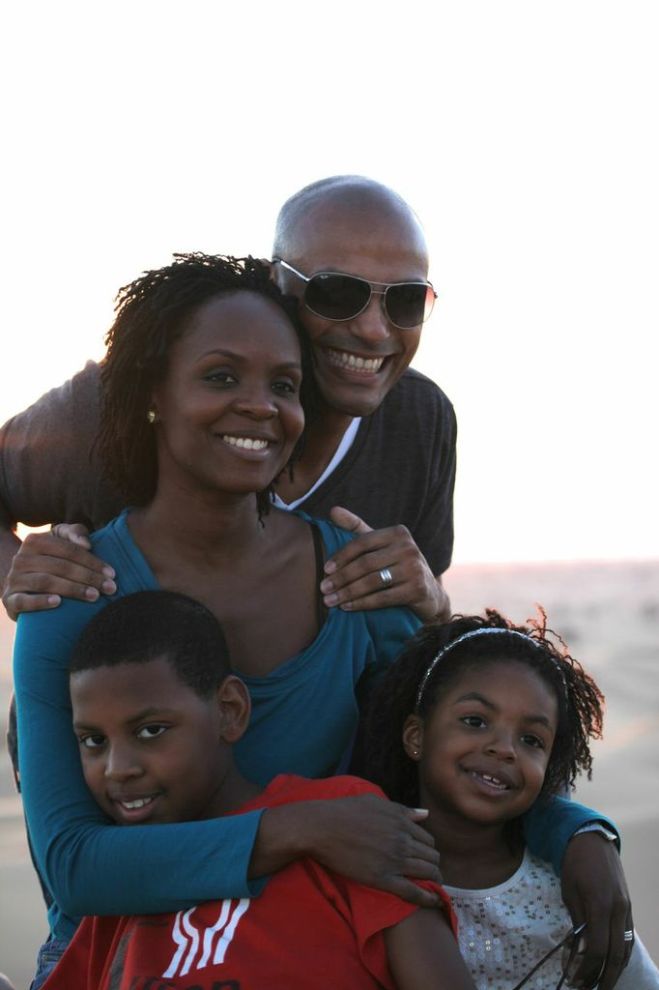 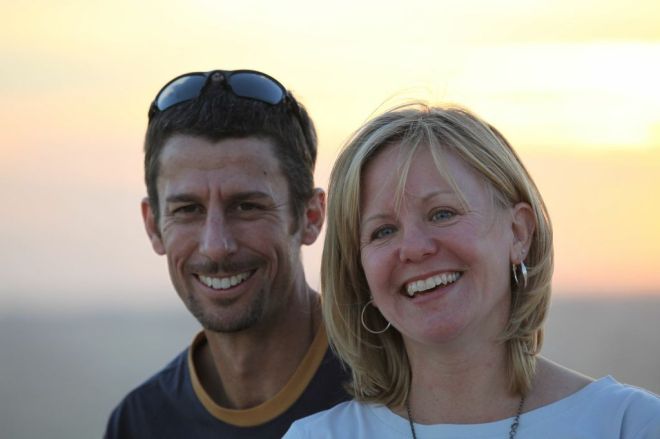 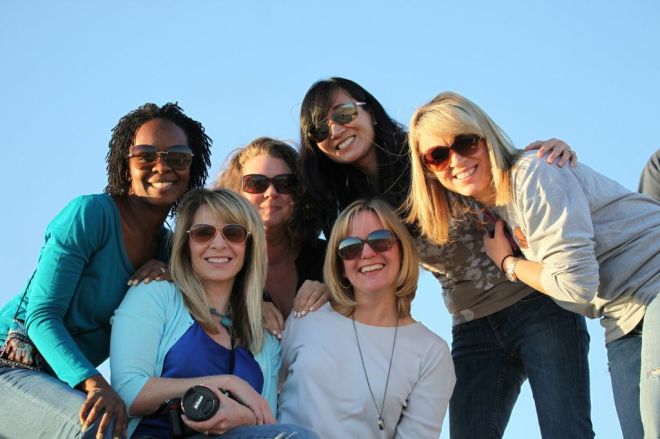 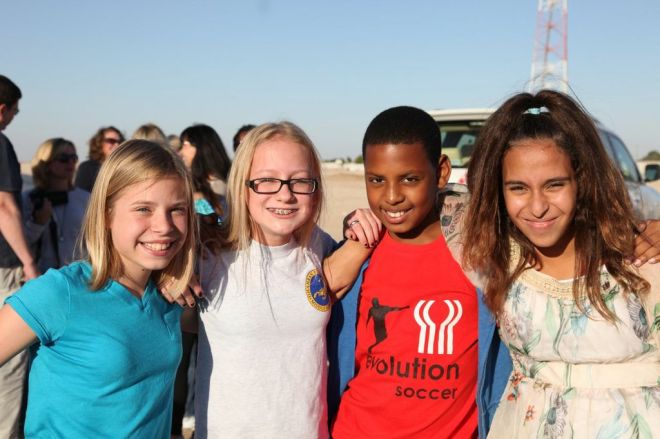 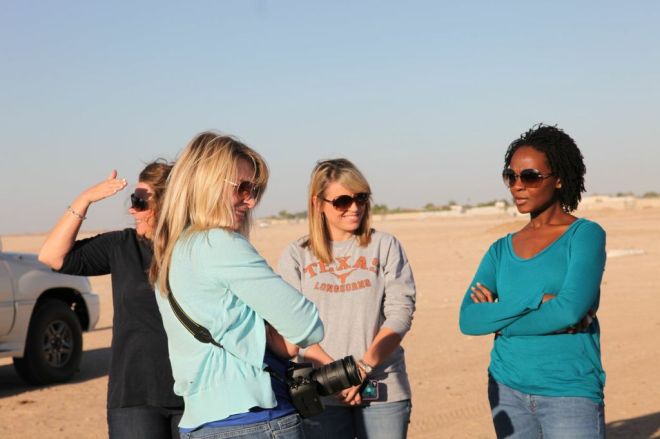 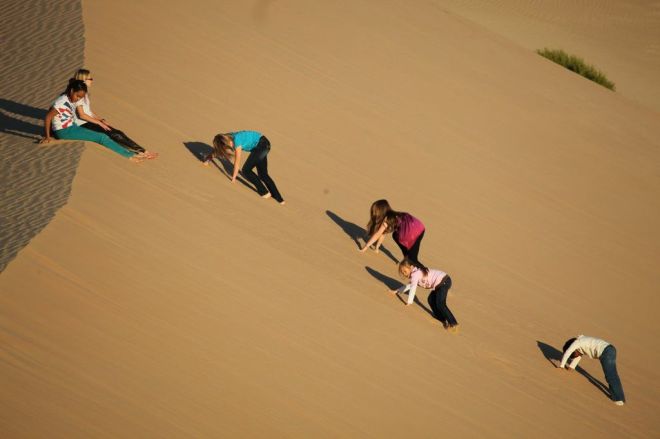 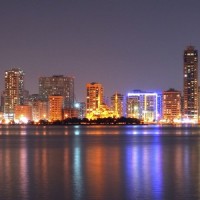 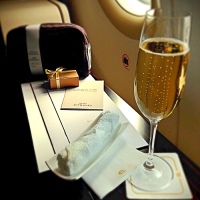 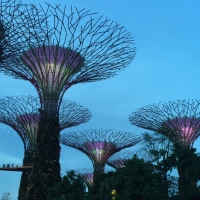 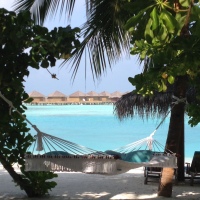 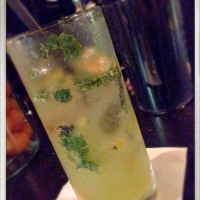 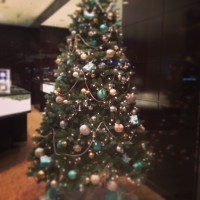 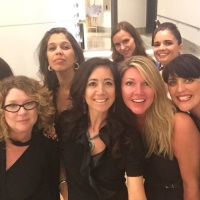 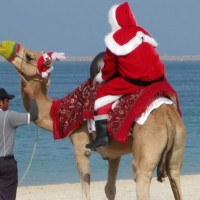